An AC enclosure for the Black Leopard taken to Udawalawe 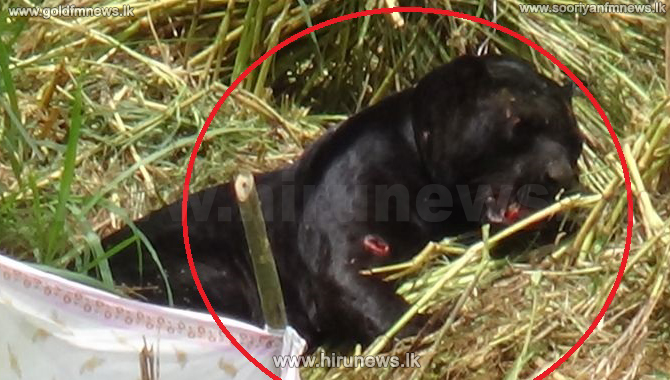 The Black Leopard belonging to the Panthera Pardus species which is receiving treatment at the Udawalawe Eth Athuru Sevana as of now, subsequent to getting caught in a noose and getting injured is recovering.

On 26 this Black Leopard which was roaming around in the Sri Pada Forest Reserve had got caught in a noose and sustained injuries when wildlife officers found it in Valamanai – Laxapana Estate.

Later wildlife officers handed over the Black Leopard to the Udawalawe Eth Athuru Sevana to be treated and it is receiving treatment in a special enclosure there.

Veterinarian Dr. Malaka Abeywardena of the Udawalawe National Wildlife Park said that in order to provide the suitable temperature required by the Black Leopard which was roaming in a cooler climate, it has been put into an air conditioned enclosure.

At the same time, the daily behaviour routines are being monitored on CCTV cameras which is being done with the objective of giving an opportunity to the Black Leopard to live without contact and association with humans.