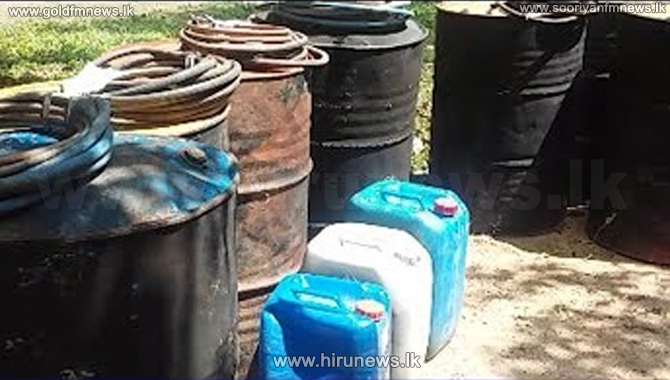 A stock of more 45,000 ml of illicit liquor was discovered and the Excise Authorities took into their custody equipment worth approximately three hundred thousand rupees used to filter this liquor.

The four suspects who were arrested, were residents of Kuligoda and with the intention of producing them before the Balapitiya Magistrate on 10 June, they were released on bail.