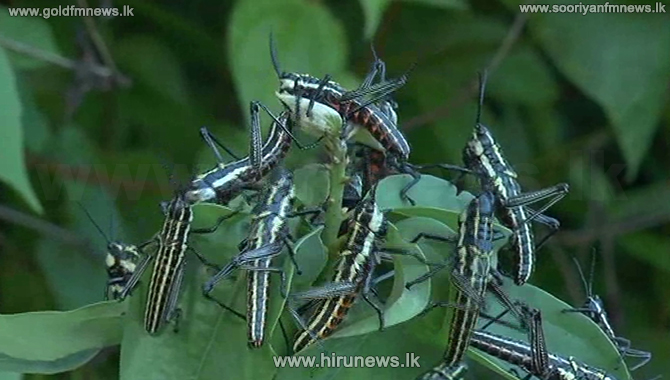 'Yellow dotted Locust' found in Kurunegala - Mawathagama area has been found in several areas in the Matara District as well.

It has been reported that the coconut, arecanut and banana crops have suffered the most damage due to locusts.

However, it was revealed that the locust was not alien to Sri Lanka and it was not the desert locust.

Under the patronage of the Assistant Director of Agriculture in Matara, insecticide was applied after inspecting the cultivations infected with the locusts.

Meanwhile, officials of Thelijjawila Agricultural Research Institute have obtained samples of the locusts for further research.