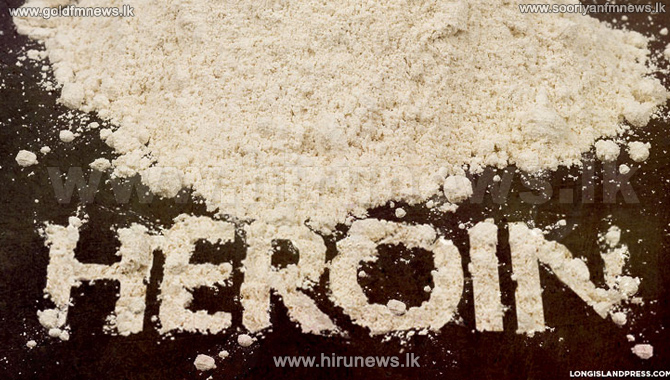 A woman has been arrested for distributing drugs for the birthday celebration of an underworld leader, Dilan Kumara Sibera alias Ratmalana Anju, who has fled to Dubai.

The suspect, Liyanage Jayamini Malkanthi Fernando alias Jayani, is a resident of Ratmalana.

The 31-year-old woman's husband has also been remanded for drug trafficking.

Anju's birthday had been celebrated a few weeks ago and he had given the drugs to the woman to distribute them freely to the drug addicts in the Ratmalana beach area.

The police also stated that the woman who had been distributing drugs has two drug related cases that are being heard in courts.

Meanwhile, the Mount Lavinia Magistrate's Court has granted permission to detain two suspects, aged 26 and 36, close associates of Ratmalana Anju, who were arrested yesterday in connection with the shooting incident at a restaurant in Soysapura, Moratuwa.

They were produced before courts yesterday.

Meanwhile, Sachithra de Silva, the eldest son of assassinated former Dehiwala-Mount Lavinia Municipal Councilor Ranjan de Silva, alleges that there is a politician and businessman behind the formation of the underworld in Moratuwa.

Sachithra the brother of cricketer Dhananjaya Silva, expressed his views to the Hiru news team.