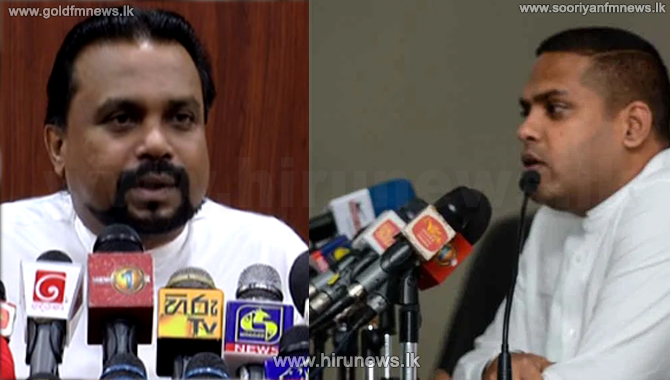 The UNP says that it strongly condemns the statement made by the former Parliamentarian Harin Fernando and the Archbishop Malcolm Cardinal Ranjith.

In a statement, they said the Cardinal's mediation with the government after the Easter Sunday Attack should not be forgotten.

The UNP press release further states that former MP Harin Fernando has been removed from the UNP and he is a national list candidate for the Samagi Jana Balavegaya.

Former Parliamentarian Harin Fernando, a National List Member of the Samagi Jana Balavegaya, has insulted and accused His eminence the Archbishop Malcolm Cardinal Ranjith at a public meeting held in Medirigiriya, Polonnaruwa on the 21st of this month.

However, speaking at a meeting of the Samagi Jana Balavegaya Badulla organisers, the former MP Harin Fernando reaffirmed his position in the face of strong opposition.

Politicians today expressed their displeasure regarding the statement made by former MP HArin Fernando regarding His eminence Malcolm Cardinal Ranjith, the Archbishop of Colombo.

Speaking at a press conference held today, he further stated that Harin Fernando has insulted the entire Catholic community.

Meanwhile, Namal Rajapaksa stated that the former parliamentarian Harin Fernando should be questioned before the Presidential Commission appointed to probe the Easter Sunday attack.

He further stated that they are blaming the religious leaders to cover up the terrorist activities during their government.

Field Marshal Sarath Fonseka said that the Cardinal's remarks were not biased.

Former Hambantota District MP D. V. Chanaka alleges that Sajith Premadasa has made use of Harin Fernando to make his point across the country.

Speaking further he said that Sajith Premadasa as the leaders should remove Harin Fernando from the national list without asking for forgiveness.

Meanwhile Minister Wimal Weerawansa states that a politician like Harin Fernando has no moral right to accuse the Cardinal.