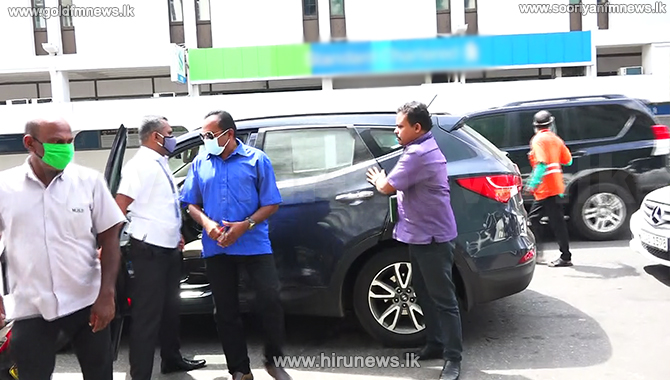 Former MP Vinayagamurthi Muralitharan alias Karuna Amman who gave a statement for nearly 7 hours left the CID at 5.25 this evening.

He reported to the CID at 10.30 am today to record a statement with regard to a recent speech he made at a political rally in Ampara.

Addressing the meeting on June 17th, Karuna Amman stated that he is more dangerous than the Coronavirus and, he murdered 2000 to 3000 army soldiers in one night when he was active in the LTTE.

Subsequently, Karuna Amman was called to the CID but he did not turn up saying that he was unwell.

Meanwhile, the CID informed the Colombo Chief Magistrate Court yesterday that an investigation was initiated into the matter.

Accordingly, the Court ordered television channels to provide the unedited video footage of the particular controversial statement to the CID.

In addition, the scholars collective to protect the motherland filed a fundamental petition before the Supreme Court against the statement of Karuna Amman today.

Meanwhile, expressing his views to the media after appearing before the CID Vinayagamurthi Muralitharan alias Karuna Amman said that his statement is been discussed with the aim of reducing sinhala votes for the current government.

In addition, a demonstration was held before the North Western provincial council demanding the arrest of Karuna Amman today.