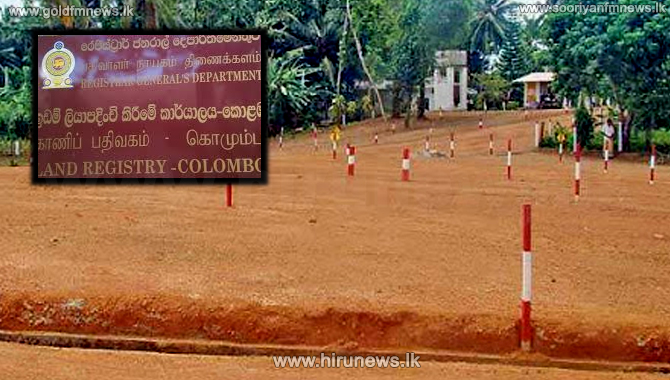 The Registrar General's Department states that they have planned to introduce a new system of registration of land by electronic means by August, replacing the existing traditional land registration system.

Registrar General N.C Vithanage said that the current system has left room for various frauds and irregularities, including the making of forged documents and files.

The department receives more than 3,000 such complaints a year.