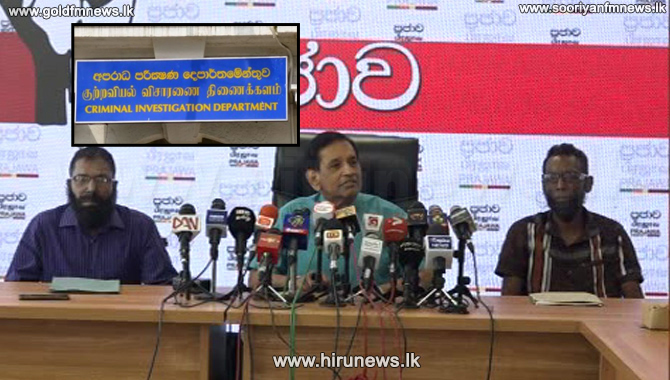 The Attorney General's Department informed the court today that the investigations conducted by the Criminal Investigations Department (CID) regarding the controversial gambling van press conference are over.

According to our court correspondent, the Additional Solicitor General Dileepa Peiris who appeared for the Attorney General's Department informed the court regarding the conclusion of the investigation.

Warrants have been issued to suspects 1 and 2 who appeared in the controversial white van conference and who are currently in remand custody to be produced before the Colombo Magistrate's Court.

This is because they have not been produced in court today and no lawyer has informed the court that they are currently in prison.