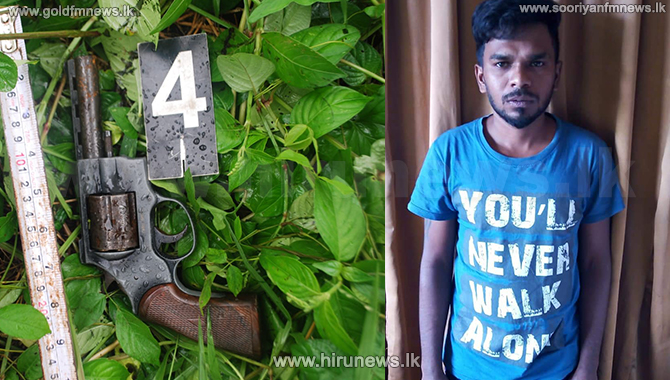 Postmortem examination on the body Rankoth Jedige Sanjeewa Sampath alias Ketawalapitiya Sampath, the marksman of an underworld gangster Ganemulla Sanjeewa who was shot dead in a shoot-out with the police, is to be conducted at the Gampaha Hospital tomorrow.

Meanwhile the Police Media Division stated that they are seeking the assistance of the Department of Motor Traffic to obtain further information regarding the motorcycle which he travelled.

According to information received by a team of officers of the Malwathuhiripitiya police station on the Puwakpitiya - Rubberwatta road in Gampaha, the police stated that a rapid roadblock had been deployed to stop and inspect a motorcycle.

He had been riding a motorcycle pass a roadblock in Miriswatta, Gampaha this morning at 5.30 am, without heeding to police instruction to stop. Police vehicles had chased after him, and he has gone into hiding in a rubber estate and opened fire at the police.

The suspect who was injured in the counter attack by the police died on admission to the Malwathuhiripitiya Regional Hospital.

Senior DIG in charge of the Western Province Deshabandu Tennakoon stated that he was killed in a counter attack by the police.

The official Police vehicle also received three gunshots during the shootout. A revolver and Rs 48,000 in cash were seized from the deceased Ketawalapitiya Sampath. Police stated that he had been involved in drug trafficking for some time

The police officer's vehicle was also fired at the scene of the shooting. The deceased, aged 25, was taken into custody with a foreign-made revolver, four live bullets, two empty ammunition shells and Rs 48,000 in the possession of Ketawalapitiya Sampath.