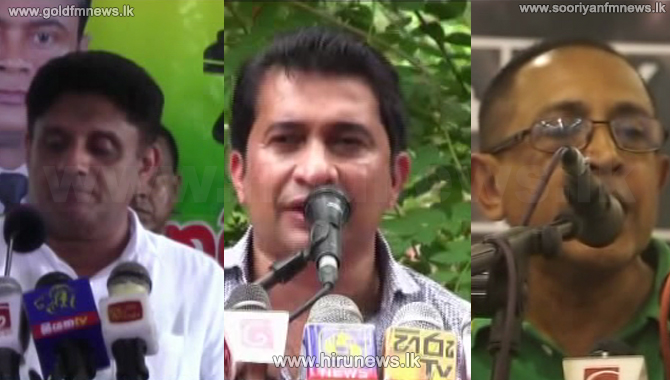 Various opinions were expressed in the heated election platform by the following former parliamentarians;

Kabir Hashim: Sri Lanka Podujana Peramuna cannot obtain the votes obtained at the Presidential Election. Therefore, Sajith Premadasa would be invited to take over the post of Prime Minister and form the government.

Wimal Weerawansa – Sajith and his party is day dreaming, I have a desire to obtain twice the number of votes that will be collectively obtained by Ranil Wickremesinghe and Sajith Premadasa.

Chandrani Bandara  - Rajapakse’s will not be able to obtain a two thirds majority in the election.

Roshan Ranasinghe  - UNP has been cursed for their work, that has resulted in the split among themselves.

Sajith Premadasa - Samagi Jana Balavegaya is the only party that will not betray the members of the party for personal gain.

Lakshman Kiriella -  this is how the former President Maithripala Sirisena took revenge from the UNP.