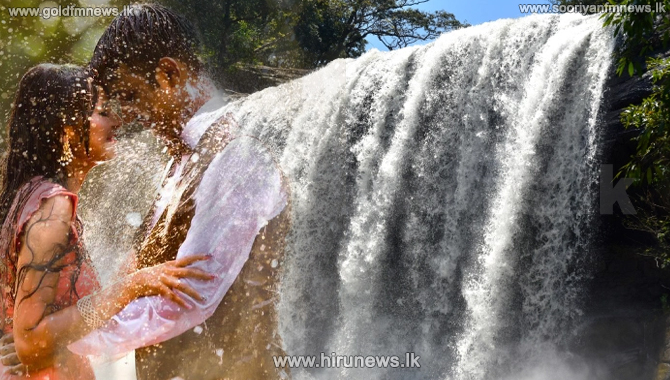 A couple who were to be married had gone to take photographs at the ‘Sera Ella’ in the Laggala area had fallen into the water falls.

It is reported that the girl’s fiancé has been killed in the accident which had taken place yesterday (28).

The Laggala police stated that the girl has been rescued by another group in the vicintiy.

The photographer had told the young man to carry the young girl while they were taking photographs at the place called Ilukkumbura Sera Ella.

The accident had taken place as the young man carried the girl. Both of them had fallen down into the fall, according to the Laggala police.

The victim was a 27-year-old resident of Kurunegala.

Laggala police said that they have sought the assistance of the Navy to find the missing youth.