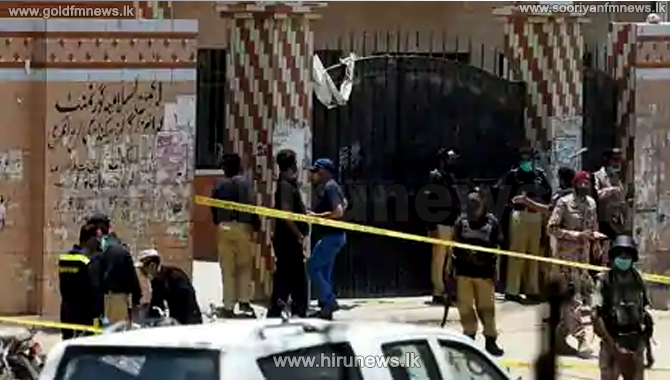 Gunmen have attacked the Pakistani stock exchange building in the city of Karachi & four attackers have been killed according to foreign media.


It has been reported that at least seven people have been killed in the attack on the Pakistan Stock Exchange building.

The dead included a policeman, two guards and the four attackers.

The gunmen have attacked the building with grenades and guns on Monday morning. The building is located in a high-security zone which also houses the head offices of many private banks.

More than 1,000 traders and staff were present in the building at the time of attack.

Abid Habib, director of the Pakistan Stock Exchange, was in his office when the attack started according to foreign media reports.