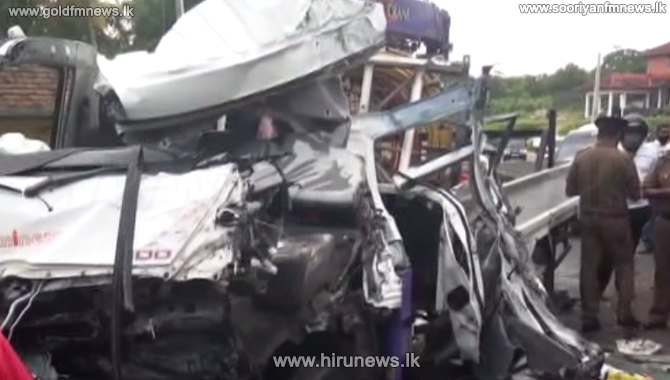 One person was killed after a bus and lorry collided in the Beruketiya area in Moragahahena.

It is reported that the victim was a passenger who was traveling in the front in the lorry.

The accident had occurred when the lorry was trying to overtake the bus.