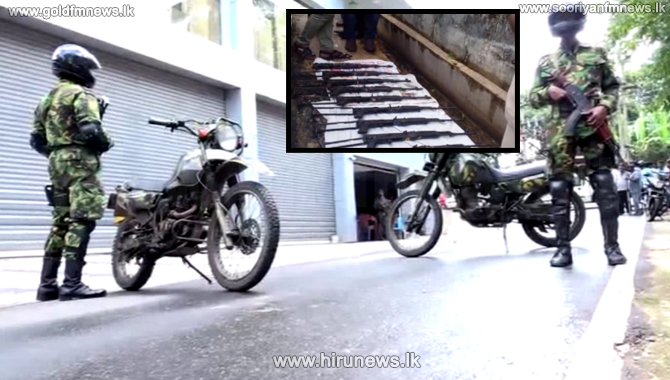 Investigations are on to determine if the missing firearms have been used for criminal activity.

Eleven T-56 rifles and a T-81 rifle were seized from a four-story shop at Pitipana yesterday.

It is believed the cache belongs to Tharaka Perera Wijesekara alias Kosgoda Tharaka, a leading underworld figure presently behind bars at the Boossa Prison.

The firearms were found on information given by Madapathage Kapila Kumara alias Potta Kapia, who was arrested earlier at Ingammaruwa in Meegoda.

The STF is investigating to find out the purpose of the cache and from where it had been brought.

The owner of the shop is being questioned under CID custody.