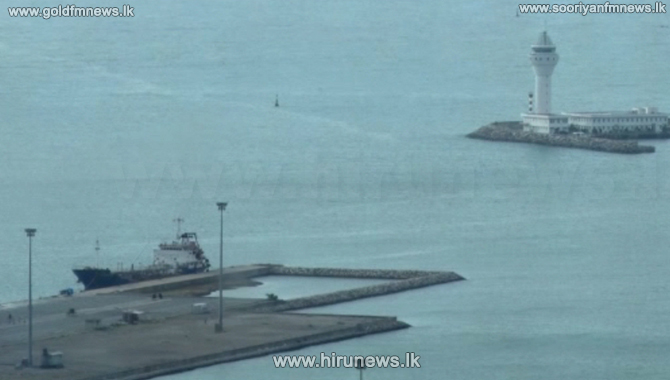 The Ports Trade Unions states that over 90 million has to be paid as shipping charges since three cranes brought to the East port of Colombo Harbour have still not been unloaded.

Speaking at a press conference today, trade union representatives stated that they would resort to trade union action if the present government does not stop the privatization of the Eastern Terminal.

The Sri Lankan government has ordered three Chinese cranes and the ship had come to Sri Lanka on the 20th of this month with the 3 cranes purchased for the development and operations of the Colombo Port East Container Terminal.

The Trade Union collective for the Protection of the Eastern Terminal states that US $ 25.5 million has been spent for this purpose.

However, no action has been taken to unload the cranes.

The trade unions point out that due to this, the cost of shipping is Rs. 9.4 million a day and therefore over 90 million is due to them.

They allege that this situation has arisen due to the agreements reached by the previous government.