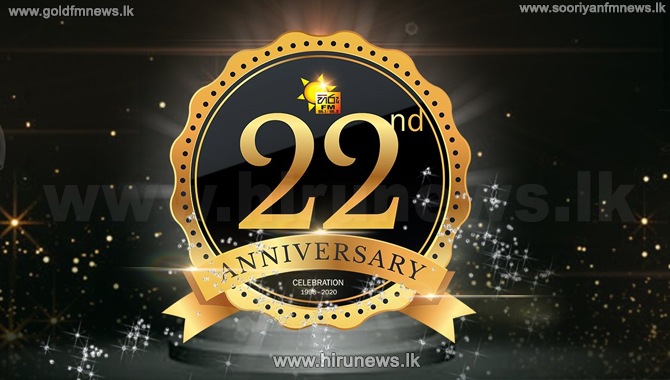 Hiru FM is proudly marking the 22nd anniversary today (01) after giving a new meaning and direction to the local media for more than two decades.

To coincide with this anniversary, Hiru is offering the biggest cash prize in Sri Lanka’s media history.

Viewers can participate by first marking the correct answer to each of the questions that would be asked during the Hiru TV Tele Perahera between 7.30 pm and 9.55 pm; which features Mahaviru Pandu, Gemunu Maharaja, Ahas Maliga and Adarai Man Adarai.

After the question is asked during Adarai Man Adarai, all answers should be mentioned in order and messaged to 7766 (HTP space answers in order space name, national identity card number and area).

The day’s winner will be announced during Sihinayaka Seya teledrama.