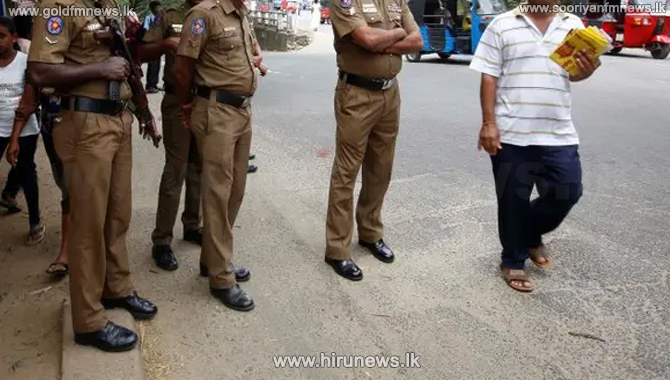 Three teams of the Criminal Investigations Department (CID) have been appointed to carry out investigations on six suspects, including four officers of the Police Narcotics Bureau, who were arrested in connection with heroin trafficking.

Speaking at a press conference held at the Police Headquarters today, DIG Ajith Rohana stated that three bank accounts of suspects have already been supended.

Meanwhile, the Inspector of Police Narcotics Bureau alleged to be the main accused of heroin trafficking has been banned from traveling abroad.

It is said that the Police Narcotics Bureau has also issued a notice to all sections to arrest the Inspector.

Police Media Spokesperson SSP Jaliya Senaratne speaking at a media briefing held today stated that it is reported that the Inspector has not yet gone overseas.