Three Port employees continue to protest on the crane 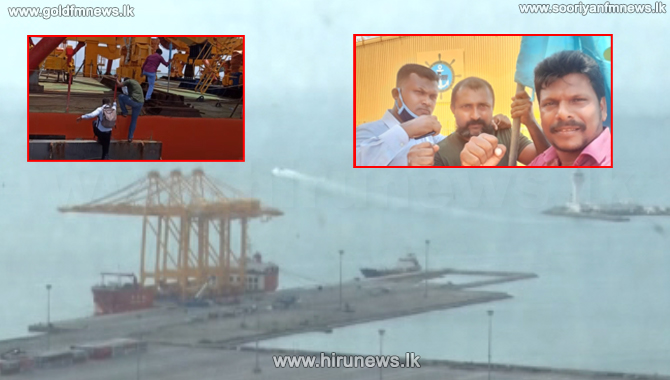 The protest demonstration by three trade union leaders on the 187-foot crane demanding that the Granty Crane, which was imported from China, to be installed in the East Container Terminal of the Colombo Port is continuing.

At 12 noon yesterday, they got on a crane and gave the government 24 hours to solve the problem.

Speaking to our news team General Secretary of the trade union for the Chamber and Industry of the Port of Colombo, Shyamal Sumanaratne stated that if not, the trade union action will be carried out to a deadly fast.

Sanjaya Kumara Weligama, President of the Progressive Workers Union of the Commerce Industry and Services, who participated in the protest, expressed his views on the Granty Crane.

Speaking to our news team General Secretary of the union Shyamal Sumanaratne said that the talks had failed.

However, another discussion is scheduled for 10.00 am this morning.