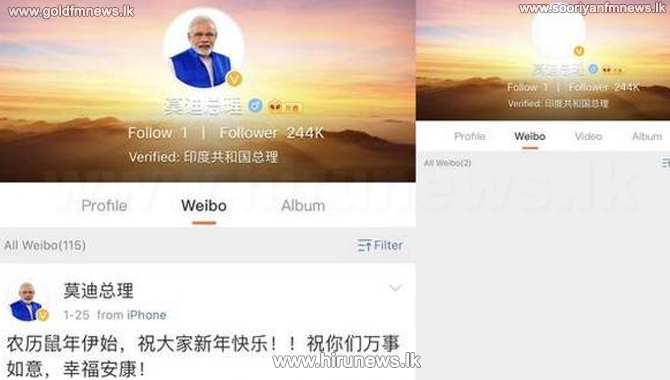 Sina Weibo, China's answer to Twitter, said it had deleted Indian Prime Minister Narendra Modi's account at the request of the Indian embassy.

Foreign media reported that a photo of Modi's account on the social media network was also removed.


The Indian Prime Minister has taken this action in response to the deaths of 20 Indian soldiers in the clashes with Chinese troops on the Ladakh border.