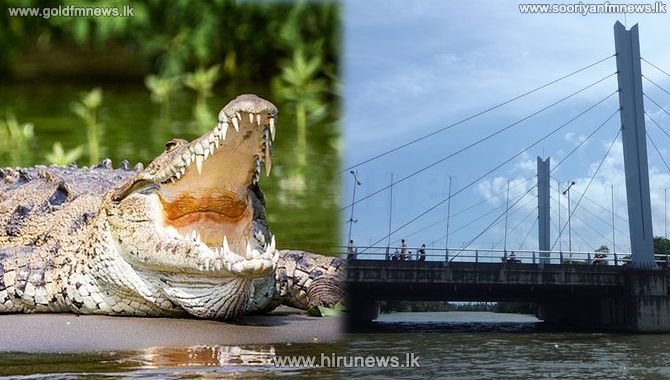 It has been reported that a police officer who had fallen into the Nilwala River had been taken away by a crocodile.

It is reported that the police officer had fallen into the Nilwala River at Nadugala.

He had been trying to recover his mobile phone yesterday when it fell into the river.

During this time, he had fallen into the river and the neighbors had stated that the officer was taken by a crocodile.

The victim has been identified as an officer attached to the Slave Island Police.

The Navy has commenced an operation to find his body.