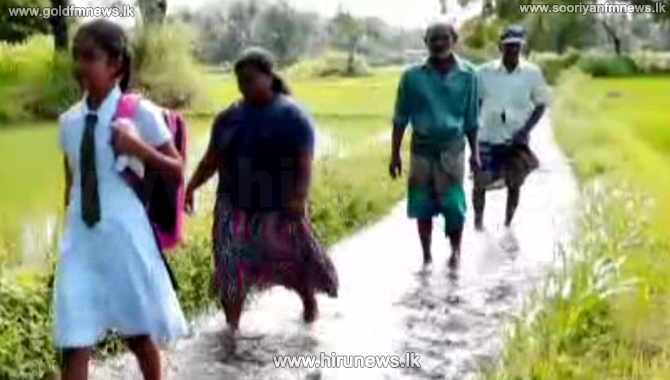 From Minneriya we have heard of a group of people who had to convert a canal into a road to get home in a developed world where air and underground roads are being built.

The canal, which runs along the Minneriya-ancient Devalaya, runs about one kilometer into the village of Bathgampattuwa through a paddy field.

It is significant that this canal is the way to several houses in the area.

Residents point out that for nearly 40 years, they had to get to the main road through this canal.

They say they want to build a permanent road, but they are not getting the support of freehold land owners on either side of the canal.

As a result, many have left their homes and moved to other areas.

Residents say that the authorities have not paid any attention to their request for a permanent road.