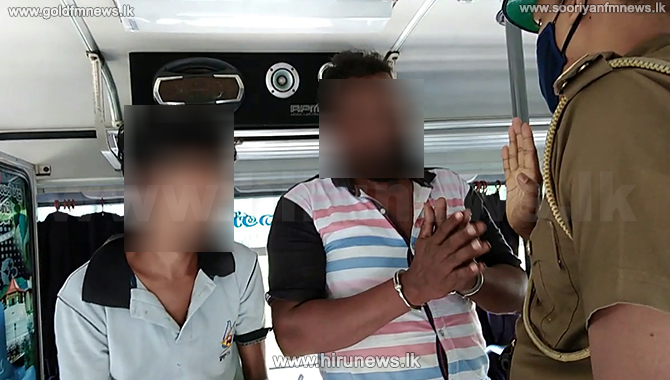 A private bus conductor and driver have been arrested by Excise Officers for engaging in heroin trafficking targeting youths in Tissamaharama and Kirinda areas in Hambantota.

According to information received, the raid was carried out using an undercover agent.

Our correspondent stated that the suspects were arrested while the bus was parked and selling drugs.

The suspects, aged 23 and 28, are residents of Pallemalala and Tissamaharama areas.

They have also seized 300 milligrams of heroin which was prepared for sale.

The suspects are to be produced before the Hambantota Magistrate's Court tomorrow.