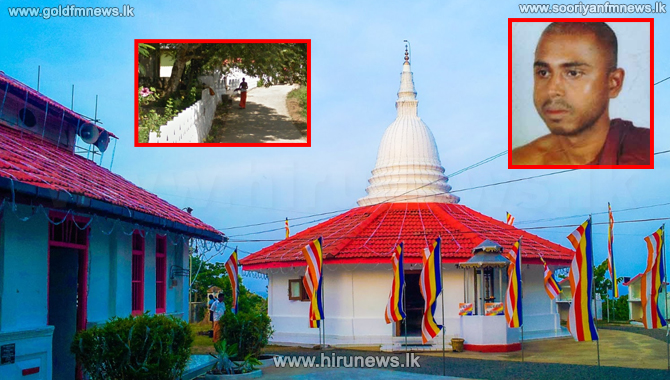 The thero had gone to remove the snails from his vegetable cultivation on the 30th.

The residents of the area found the monk's body after he disappeared two days ago.

It has been reported that the monk may have died by coming into contact with a power cord set to prevented wild animals entering.

Residents say that the death of Ven. Mudagamuwe Suminda Thera, the chief incumbent of Minikirula, is a great loss to the area.

It is reported that the monk has at times made a physical contribution to the construction of the temple without any hesitation.

The funeral will take place today.