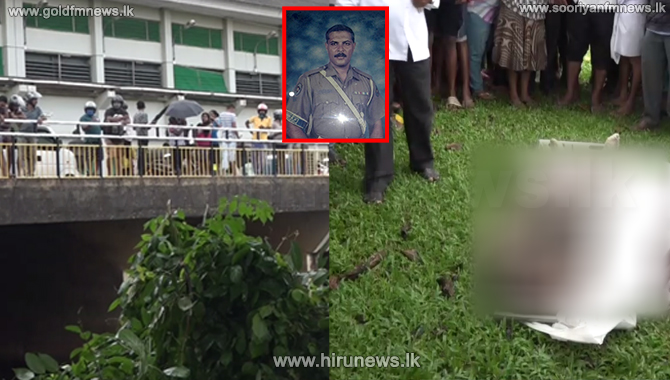 Missing police officer's body has been found in the Nilwala River at the Nadugala Pumping Station area in Matara.

Residents of the area said that the police officer was grabbed by a crocodile as he was trying to recover a mobile phone which had fallen into the river.

According to reports, a friend's mobile phone had fallen into the river at a party at the site. However, the police officer who had brought the friend home had returned to the scene. It is reported that when he saw a telephone light flashing in the river, he saw it and went down to the river and handed it to a friend.

Then, as he was trying to get out of the river, he slipped and was dragged by a crocodile.

His body was found today, about 300 meters away from where he fell into the river.

The missing person was an officer attached to Slave Island Police.

He was the father of four children who was living in the area and was 53 years old at the time of his death.