Nawalapitiya - Thalawakele main road goes down with a lorry (Video) 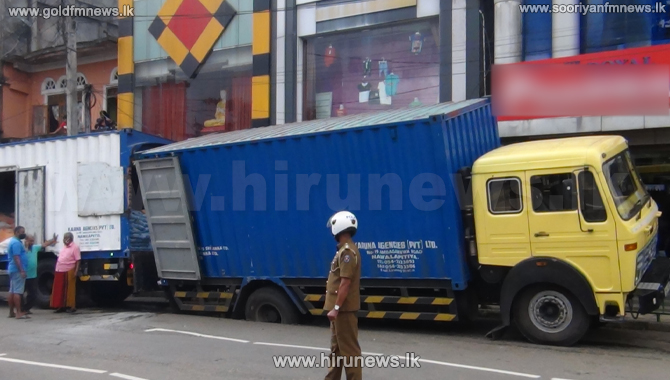 Nawalapitiya Police say that a lorry has sunk in front of the Nawalapitiya General Hospital this afternoon.

The lorry had sunk while unloading wheat flour that had been brought to a shop opposite the Nawalapitiya Hospital.

According to the police, a part of the water pipe which had been carrying drinking water under the main road in Nawalapitiya has sunk.

The distribution of drinking water to the town of Nawalapitiya has been stopped due to the water leak caused by the sinking lorry.

The Nawalapitiya Water Supply and Drainage Board says that after the removal of the sunken lorry, the damaged pipe will be repaired.