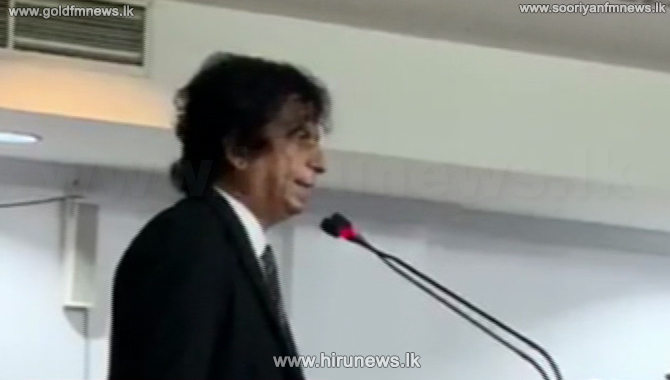 Attorney General Dappula de Livera says that due to the incidents of the Police Narcotics Bureau, public trust in the institution has been tarnished.

He made this remark while delivering a special lecture to the Police Narcotics Bureau officials today.

The lecture was held at the DIG's office in Colombo and the acting IGP had left the place without staying on.

Addressing the officials of the Narcotics Bureau, the Attorney General also expressed his views regarding the matter.

Although the Attorney General had previously asked the media to cover the event, journalists were not given the opportunity this morning.

Due to this, a heated conversation took place between the police officers who were deployed at the DIG's office in Colombo and the journalists.

Meanwhile, the Director of the Police Narcotics Bureau, SSP Manjula Senarath has been transferred.

The National Police Commission states that approval has been granted to appoint SSP Sujith Wedamulla for the post.

Police Media Spokesperson SSP Jaliya Senaratne stated that a separate investigation is being carried out under the police disciplinary code.