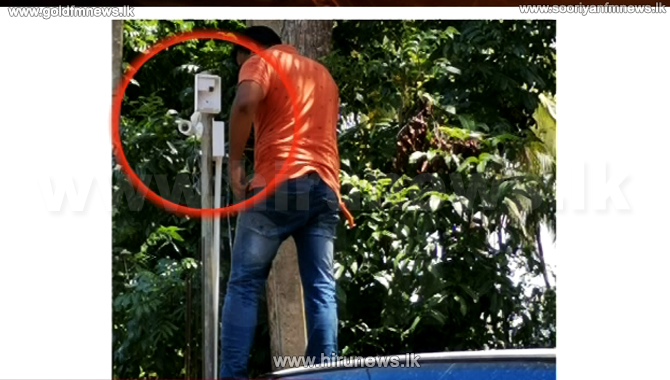 The owner of the CCTV installed violating the privacy of pilgrims visiting the historic Dewanagala Archaeological Monument at Mawanella, had to dismantle the system.

The matter has been revealed to the country on several occasions by HIRU CIA and police investigations into the incident are still ongoing.

CCTV cameras were installed by a nom Buddhist in a manner that violated the privacy of pilgrims visiting the historic Dewanagala Archaeological Monument at Mawanella.

The person has contested the Provincial elections and his name was identified as Tahir Hajjiyar.

He has acted in manner without any consideration of the archaeological value of the historic Devanagala Galtalawa during the election period.

When he installed the security camera system to observe the devotees, another person had installed a CCTV to monitor the persons who were going in to the monastery where the monk was residing.

However, once HIRU CIA revealed this unusual CCTV monitoring system around the Dewanagala sacred site, the attention of the Mawanella Police was also drawn into the situation

The homeowner had to change the direction of the CCTV camera system following the police advice.