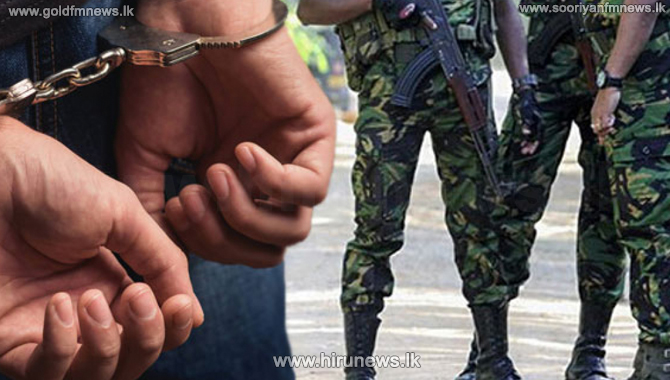 An underworld operative and drug dealer identified as ‘Battaramulle Bunty’ has been arrested with heroin in Thalangama.

He is an accomplice of ‘Angoda Lokka’ and a key suspect in the shooting down of ‘Samayan’ and six others in a prison bus in Kalutara, police say.

He is also connected to two shootings in Battaramulla, a top police official said.

Meanwhile, police arrested 502 persons in connection with drug-related offences in an island-wide 24-hour operation that ended at midnight yesterday (04).

According to the Police Headquarters, 170 grams of heroin were also seized.

In addition, three repeater guns, a pistol and a sword were taken into custody with five persons.

Furthermore, 488 persons absconding arrest warrants and 838 other offenders were arrested.