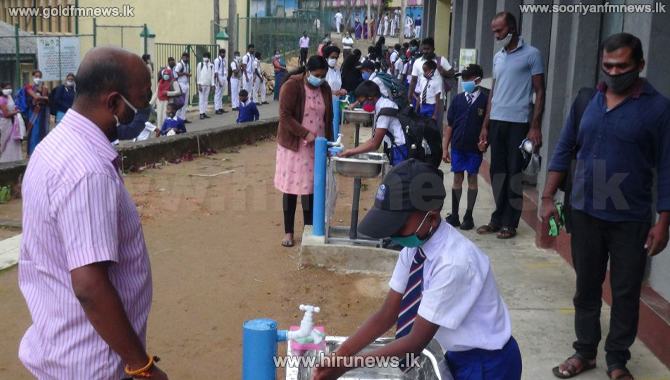 Schools that were closed due to the spread of the coronavirus, have been reopened today in several stages after a period of 115 days.

This is the second phase of the school commencement program.

According to our correspondents, there was a high attendance in many schools today.

Water pipes were installed to wash the children's hands in front of each school, and the body temperature of all the children attending the school was measured.

The principals of these schools have taken measures to maintain social distancing while washing hands and have also planned out the class rooms in keeping with the distance regulations in the classroom.

Public Health Inspectors (PHIs) have also been deployed to investigate whether health guidelines are being properly adhered to in the schools that have been opened.

Our correspondents say that with the opening of schools, there has been considerable traffic congestion on the main roads and a large number of police officers have been deployed to ease the traffic.