Rehabilitated LTTE cadres house, where the locally made bombs were located (photos) 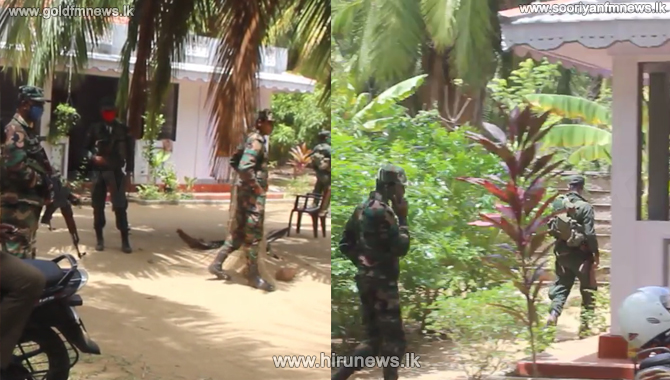 Initial investigations have revealed that locally manufactured bombs found in Kilinochchi were designed to carry out an explosion in the North, parallel to the Black Tiger Day.

Police said that investigations into the incident have been handed over to the Terrorism Investigation Division.

A rehabilitated former LTTE member was injured in an explosion on the 3rd while testing a locally produced bomb.

The injured person was admitted to the Kilinochchi Hospital and later transferred to the Anuradhapura General Hospital.

The explosion had taken place during an attempt to manufacture the bomb in a tin container, according to the police.

During a search operation in the same house, two more bombs, explosives and a banner used for the black tiger commemoration were found by the Pallai police.

The victim's wife has been arrested in connection with the incident and she is working as a teacher in a school in the area.

The injured person has also been identified as an LTTE sympathiser, who has been involved in various LTTE propaganda activities and according to information provided by the Pallai Police, the bombs and explosives are to be defused after the Government Analyst's inspection.