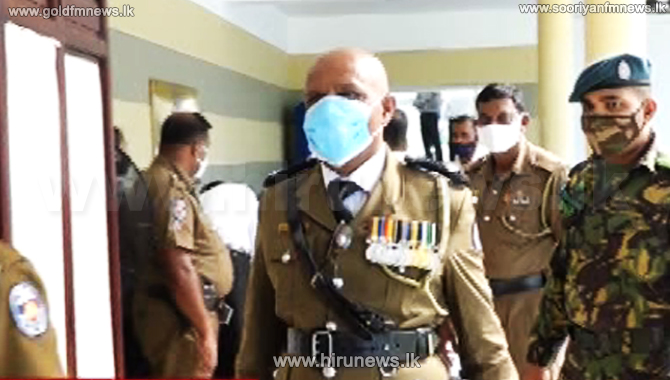 Former East governor M.L.A.M. Hizbullah owned the land at Kathankudy where Zahran and his group test exploded a bomb on 16 April last year prior to the Easter Sunday attacks, a police officer says.

Sub Inspector M.P.M. Mohamed Jesuli, who examined the place as the then Crimes OIC of Kathankudy, yesterday (06) testified before the presidential commission that inquires into the attacks.

On the afternoon of 17 April that year, Kathankudy police received a complaint that an explosion took place in a land at Panamunai owned by one Mohamed Mustafa Basri.

The SI said he had gone there around 10.40 in the same night and found that the incident took place at Kirithonawatte, a 43-acre plot about four kms off the main road.

A scooty motorcycle with the registration no. WP/BCQ/0304 had been blasted using explosives.

Further investigations found its owner to be one Nilmini Jayakody of no. 122, Kottegoda Road, Kelaniya.

She had given the scooty some time ago to a businessman by the name Aruna Wickramasekara to be sold, and a person producing a national identity card to the name of one Gerard Yasis Silva had bought it.

Under interrogation, Silva has told police that he had lost his purse.

The witness said Zahran and his group had used Silva’s NIC to buy the scooty, about which he has informed the Batticaloa magistrate’s court.

The land in question was planned by Hizbullah to be sold to a foreigner, but it had subsequently been purchased by the present owner.

Asked if the land was acquired by Hizbullah or occupied by the tsunami displaced, the witness said he did not investigate further.