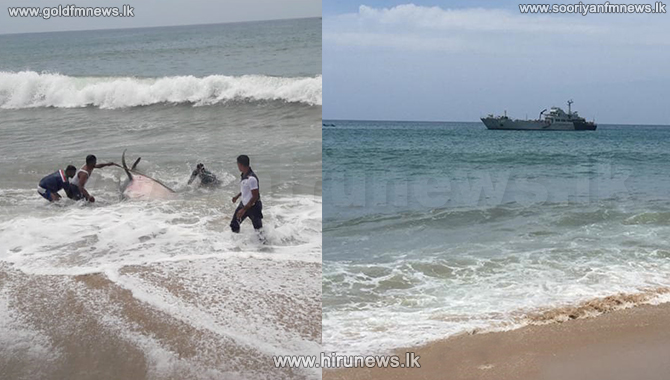 The Navy rescued a whale shark (rhincodon typus) that had washed ashore at Ninthavur in Kalmunai and guided it to the deep waters yesterday (06).

Personnel attached to SLNS Deegau in the Southeastern Naval Command had spotted the stranded Shark and helped it to safety with the assistance of SLNS Shakthi which was patrolling the area.

This creature is one of the largest species of the Shark family and weighs about 9,000 kg and is about nine metres in length.

Their lifetime is between 70 and100 years.

As per the UN Convention on the Law of the Sea, this shark should be conserved by the coastal states.

Since the whale shark included in the Red list, catching them in Sri Lankan waters is prohibited.