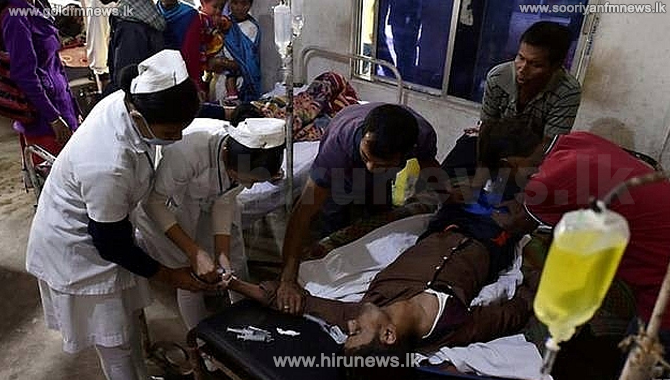 Sixty-three of the deaths were reported from Tarn Taran district, 12 in Amritsar and 11 in Gurdaspur's Batala, officials said.

According to an official statement, the suspended officials included two deputy superintendents of police and four station house officers.

The opposition has demanded the resignation of Chief Minister Amarinder Singh, who has warned of strict action against anyone found complicit in the case.