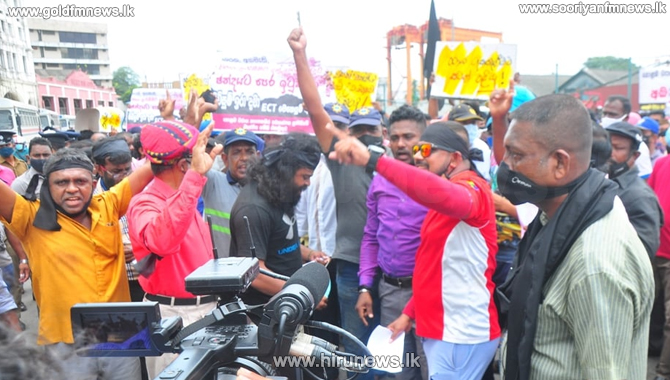 Colombo Port workers say they have called off their strike action following a discussion with Prime Minister Mahinda Rajapaksa at his Carlton House in Tangalle today (02).

Union leader Shyamal Sumanaratne says a final decision will be announced later in the day following talks among the TUs.

A sit-down protest by 23 trade unions in the Colombo Port continued for the fifth day today over their demand that the Ports Authority takes charge of the operations of the port’s east terminal.

As the protestors had blocked the main entrance to the Port, police obtained a court order yesterday that prevents any blockades or public inconveniences.

With that, the protesting workers vacated the location and the access road was cleared.