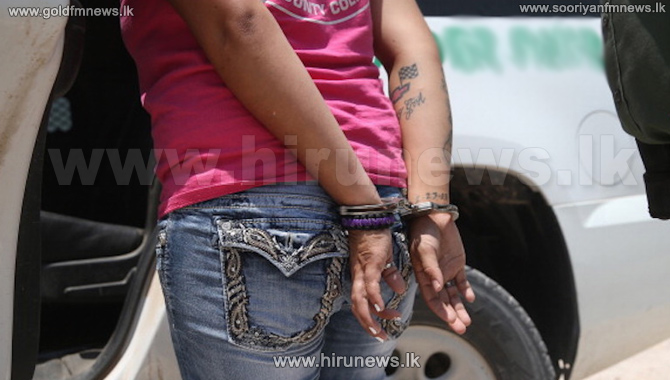 A female suspect (39) who handles drug dealer's money arrested from Borella with heroin and Rs.115,000 in cash, believed to have been earned by drug trafficking.

A 39 year old female has been arrested in connection with handling the finances of large scale heroin traffickers.

The woman was arrested during a raid carried out in the Borella area this morning.

Police also recovered heroin and Rs. 115,000 in cash from the two-storeyed house where she was staying.

In addition, police investigations have revealed that Rs. 6 million has been credited to her account in the past few months and that it has been transferred to other accounts on several occasions.