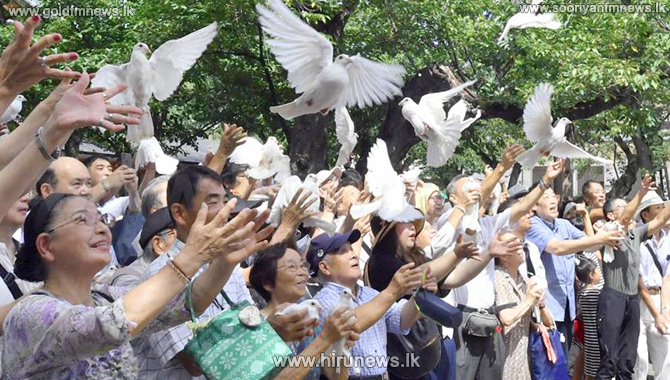 People in Japan are commemorating the end of World War Two, 75 years on.

A government-organized ceremony was held in Tokyo today (15) to honor those who died in the war.

About 550 people attended the event held every 15 August.

The number this year was the smallest ever because of the Covid-19 pandemic.

At the stroke of noon, the participants, along with people across the nation, observed a moment of silence to remember approximately 3.1 million people who died in the war.

Events will be held nationwide throughout the day to remember the war dead and pray for peace.