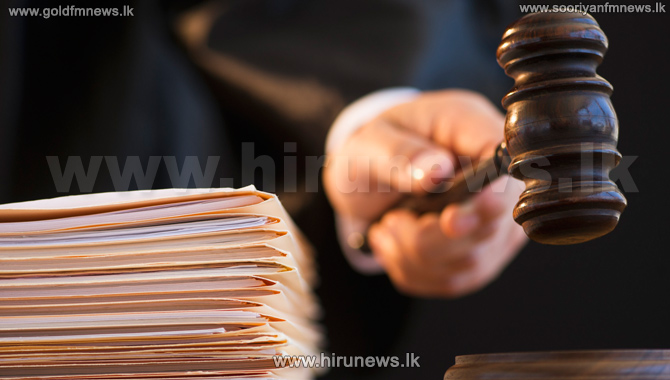 Attorneys of former Minister Patali Champika has filed preliminary objections against naming the former Minister as respondent before the Presidential Commission of Inquiry probing alleged incidents of political victimisation yesterday (26) when the complaint lodged by Minister Udaya Gammanpila was taken up.

Minister Gammanpila has filed a complaint before the Commission stating that the case filed before the Colombo High Court during the 'Yahapalanaya' regime accusing him of selling shares to a person named Brian John Shadrick in Australia by forging a power of attorney, in 1997 was politically motivated and had done by filing false evidence.
In relation to the complaint filed, MP Patali Champika Ranawaka, former IGPs Pujith Jayasundara and N.K. Illangakoon were named as respondents.
Appearing on behalf of MP Ranawaka, Shiral Lakthilaka, PC stated that according to the evidence provided by Minister Gammanpila, the MP is an agent of the Legislature.
The attorney had pointed out that according to Section 7C of the Commission Ordinance, they do not have the authority to summon MP Ranawaka.
The Commission strongly objected to the statement, while Commission Chairperson, retired Supreme Court Judge Upali Abeyratne stated that the Commission has the authority to summon MP Ranawaka.
The Commission also strongly cautioned the respondent not to argue in this regard.
Meanwhile, former IGP Jayasundara who was named as a respondent in the same complaint answered cross-examination in this regard.
The attorney who appeared on behalf of Minister Gammanpila questioned,
"My client was arrested on 18 June, 2018. I suggest that you acted in such a manner with efficiency and urgency due to the political influence over you?"
Former IGP Jayasundara responded as below,
"I reject the proposal, your Honor. I was not politically influenced any way in relation to this investigation."
The Commission inquired Jayasundara regarding the establishment of the Special Investigation Unit of the Police and he commented that to answer the questions, he cannot recall anything regarding it.
Meanwhile, the Commission Chair stated that former IGP Illangakoon will be considered as a person who is evading the commission, as he had ignored the summons issued by the commission.