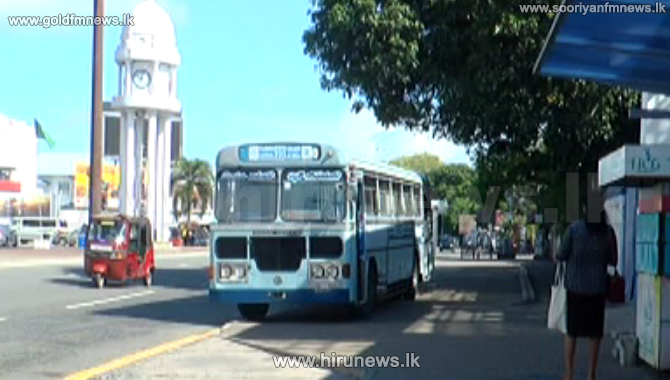 Curfew was imposed in 64 police areas of the country due to the current coronavirus epidemic and people in the Gampaha District were given a grace period to purchase essential items and medicines.

Although the curfew is in effect, the concession period which commenced at 08:00 a.m. today (26) for the people of the Gampaha District to purchase goods will continue until 10:00 p.m.
State and private banks in the Gampaha District were also opened this morning and people were seen coming there to fulfill their needs.
Meanwhile, Army Commander Lieutenant General Shavendra Silva told the Hiru news team that the public in areas where curfew is currently in place should take action to prevent the spread of the coronavirus by staying at home.
The curfew was imposed in Fort, Pettah, Borella and Welikada areas from 06:00 p.m. yesterday (25) until further notice.
Meanwhile, all the long-distance bus services from Colombo offered by the SLTB and private buses were cancelled from today (26).
According to the National Transport Commission, buses arriving in Colombo can pick up and drop off passengers outside the city limits.
Minister of Transport Gamini Lokuge stated that the Cabinet will focus on providing some relief to bus owners in light of the current situation.
He also said that the current situation will be discussed in the Cabinet. Examination Commissioner-General Sanath Pujitha stated that trains, as well as SLTB buses, were deployed to transfer A/L students and staff involved in the examination.
It is reported that with the imposition of the curfew, the number of employees at the government institutions in Colombo today (26) was kept at a minimum level.
Meanwhile, a tense situation has arisen near the Beruwala fishing harbor last night.
Our correspondent said that the tense situation arose between the authorities and fishing vessel owners who had arrived to collect fish stocks as the stock of fish were not being released.