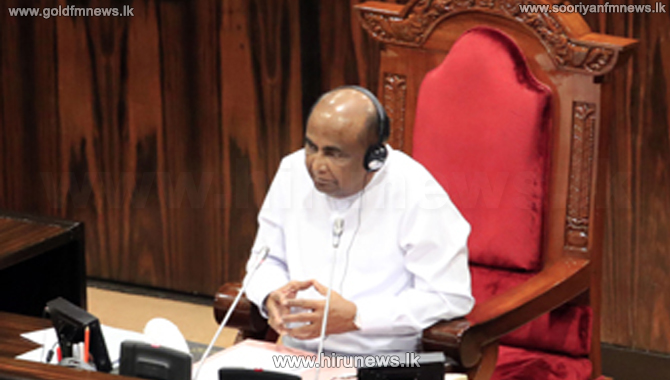 A special parliamentary affairs committee meeting will be held this afternoon to discuss parliamentary activities during next week, in view of the prevailing situation.

This will be with the participation of Speaker Mahinda Yapa Abeywardhana and party leaders.

Accordingly discussion will also be held as to whether parliamentary sessions would be held during the four days of next week.

Meanwhile the draft 20th constitutional amendment bill sent to the legal draftsman's department is scheduled to be received in parliament today.

Parliament Communications Department said that subsequently the Speaker would sign and certify the bill.

The draft 20th constitutional amendment bill was passed in parliament with a two thirds majority on the 22nd of this month.