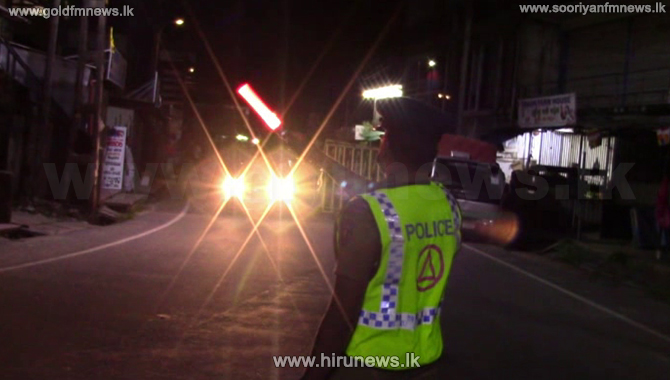 A quarantine curfew has been imposed in the Western Province from midnight today until 5.00 am on Monday. Army Commander Lieutenant General Shavendra Silva said that for areas that are currently under quarantine curfew, the curfew would continue even after Monday.

However, he stated that curfew would be lifted at 5.00 am on Monday for the new areas where curfew will be imposed from midnight today.

The Commander of the Army Lieutenant General Shavendra Silva stated that essential food stores and pharmacies in all areas where the curfew is in effect would be kept open from 8.00 am to 10.00 pm today.