Two killed in a collision 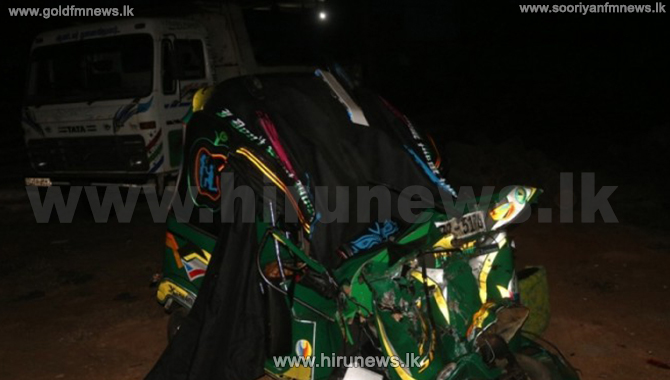 Two persons have been killed when a three-wheeler had collided with a bowser carrying oil head-on in the Elephant Pass, Kilinochchi on the Jaffna-Kandy main road.

The deceased who have been travelling in the three-wheeler were mother and son, and were aged 58 and 21, respectively.
The driver of the bowser has been arrested by the police with regard to the accident.
Meanwhile, a cab who had run over a three-wheeler selling baked goods, while under influence has been arrested as well.
The cab driver had fled the scene after the accident had occurred. The accident had taken place around 06:00 a.m. at the Dambulla Oya junction on the Dambulla - Matale main road.
The cab driver who fled has been identified to be a project manager working for a private contractor.