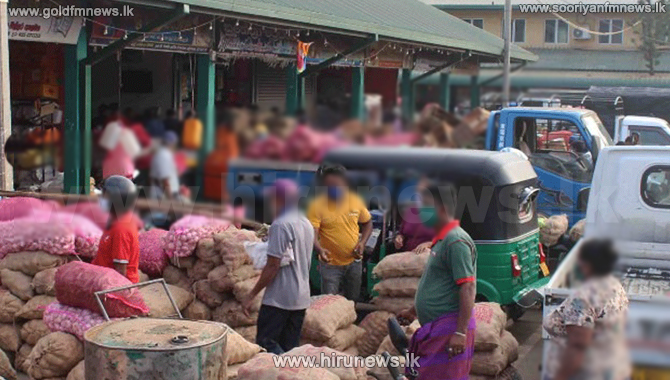 The Thambuththegama Public Health Inspector W.P.S.L. Wasala has said that after two persons who visited the Thambuththegama Economic Centre have been identified as coronavirus patients, 11 shops at the economic centre was closed, while 100 shop employees have been directed to quarantine.
Another person from the Thotagoda area in Akmeemana, Galle was identified as a coronavirus patient during a PCR test that was carried out at a private hospital before he travelled abroad.
The Public Health Inspector of the area stated that 25 persons from the D-Side Tea Estate, Maskeliya including seven persons who engaged in the construction of a building near the Peliyagoda Fish Market and their family members were directed to self-quarantine.
The Board on Investment stated that the number of coronavirus infections reported from the Katunayake Export Processing Zone has risen to 411.
Meanwhile, Lieutenant General Shavendra Silva stated that investigations are being carried out today (29) into the deaths of the two persons who were admitted to the Colombo National Hospital.
Police Media Spokesperson, DIG Ajith Rohana stated that Colombo Crime Division has commenced an investigation into the formation of the Minuwangoda Brandix cluster.
He stated the above while joining the 'Paththare Visthare' progamme aired on the Hiru TV.