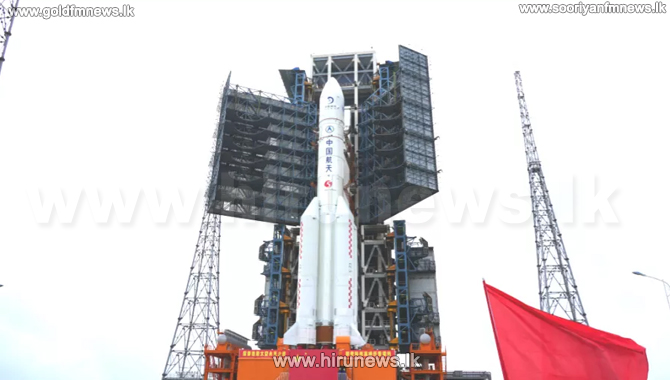 China's most ambitious moon mission to date is on the pad ahead of its planned launch next week.

A heavy-lift Long March 5 rocket topped with the robotic Chang'e 5 lunar sample-return spacecraft rolled out to its pad at Wenchang Space Launch Center in Hainan province on 17 November.

Chang'e 5 is scheduled to lift off on 24 November, according to a NASA description of the mission.

The 8,200 kg spacecraft, which apparently consists of four modules, will then make its way to the moon.

If all goes according to plan, Chang'e 5's sample collector will use a robotic arm and a drill to snag about two kg of moon dirt and rock,
including material that will be sourced from up to two meters underground.

Humanity hasn't returned any material from the moon since the Soviet Union's robotic Luna 24 mission did so in 1976.