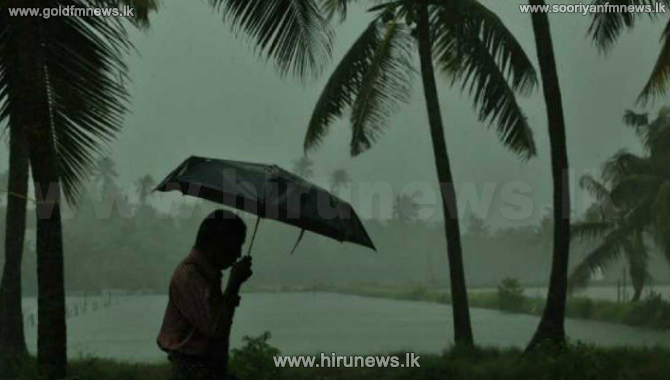 The Meteorology Department warned that heavy showers exceeding 150 mm are expected in North, North Central and Eastern Provinces during the next 36 hours.

Navel and fishing communities are warned not to venture to the sea areas extending from Puttalam to Pottuvill via Mannar, Kankasanthurai, Trincomalee and Batticaloa. Those who are out at the aforementioned sea regions are advised to return to coasts or moved safer areas immediately.

The Department further stated that naval and fishing communities are requested to be vigilant during the activities in the sea areas extending from Puttalam to Matara via Colombo.