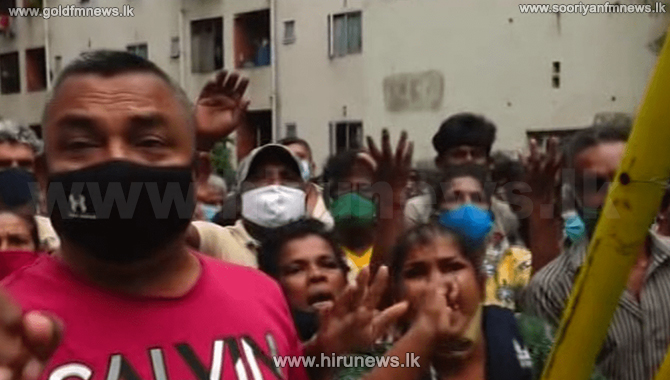 Isolation in Borella, Wellampitiya, Fort, Slave Island, Ja-Ela and Kadawatha police divisions is set to lift at 05:00 a. tomorrow (23).

However, the Mattakkuliya, Modara, Bloemendal, Kotahena, Granadpass, Foreshore, Aduruppu Street, Dam Street, Pettah, Keselwatta, Maligawatta, Modara and Mattakkuliya police divisions in the Colombo District will continue to be isolated. The Wanathamulla Grama Niladhari Division in the Borella Police Division and the Wekanda Grama Niladhari Division in the Slave Island Police Division has also been isolated until further notice.

Sri Lanka Railway stated that in accordance with health guidelines issued special office trains will be operated from tomorrow morning and afternoon. However, the Department stated that the trains will not halt at stations located in isolated areas.

Meanwhile, people in the isolated areas of Modara and Bloemendhal staged protests today (22) demanding a system to carry out their daily activities in a hygienic manner. They stated that Rs. 5,000 allowance or other relief provided by the government has not been enough to support their daily lives.