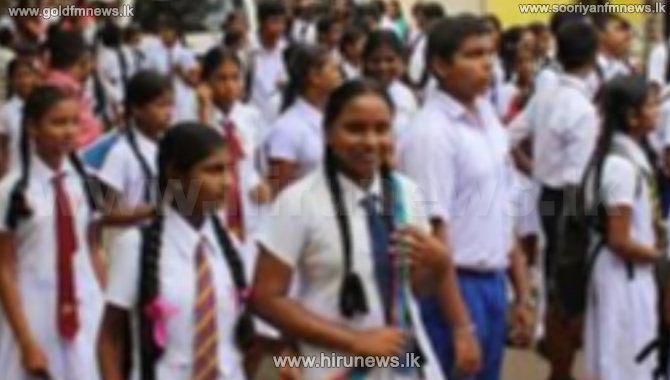 Police Media Spokesperson DIG Ajith Rohana stated that traffic officers will be on duty from tomorrow to find out whether school children are being transported following hygienic procedures.

Classes from grade 6 to grade 13 in schools in all areas other than the Western Province and schools in isolated police areas will start tomorrow for the third term.

However, Governor Raja Collure has taken steps to postpone the reopening of several schools in the Kurunegala District indefinitely due to the risk of the corona epidemic.

In addition to this, our correspondents stated that many other schools in the island which are to be opened are also being disinfected.

However, the General Secretary of the Ceylon Teachers Union Joseph Stalin stated that many schools have not been disinfected yet.

Nuwara Eliya District Secretary of the Ceylon Teachers' Service Union Manjula Suraweerarachchi said that a methodology should be formulated to reopen schools in a scientific manner.

Meanwhile, Secretary to the Ministry of Education Prof. Kapila C. Perera addressing a media briefing held in Colombo today (22) stated that the principals have been given the power to inquire into the situation in the relevant areas since it is not possible to formulate policies to affect the entire island during this period.

Meanwhile, while participating in an inspection tour of the Walana Regional Hospital in Weligama today (22) regarding the reopening of schools, journalists also inquired from Speaker Mahinda Yapa Abeywardena.

The Speaker said that the decision regarding sending a child to school should be taken with the consent of the parents.

Meanwhile a set of guidelines have been issued for operating schools during the pandemic period.