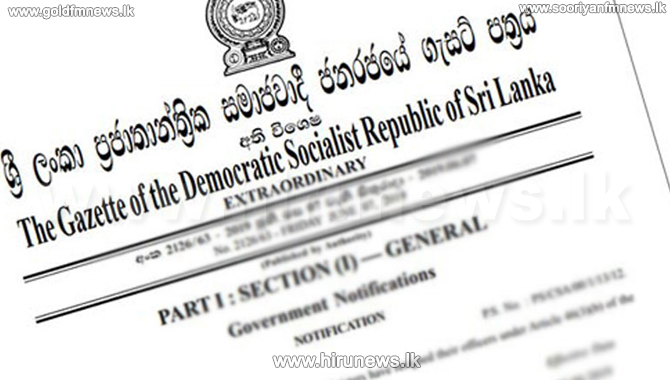 In addition, the scopes of several other ministries have also been revised by the Gazette Notification issued.

According to the new Gazette Notification, the Presidential Task Force for the Management of Archaeological Heritage in the Eastern Province has been taken under the purview of the Presidential Secretariat.

In addition, the Department of Archeology has been brought under the purview of the National Heritage, Performing Arts
and Rural Arts Promotion State Ministry. Previously it was under the Defence Ministry.