Unusual footage from the U.K. has many scratching their heads over a rare optical illusion — one you might call a hovering tanker, a ghost ship or whatever floats your boat.

The massive ship appeared to be suspended in mid-air, with a large chunk of blue sky visible between the bottom of its hull and the surface of the water.

Morris was “stunned” by the sight and captured a photograph because he couldn’t believe his eyes, foreign media reports.

He had good reason not to trust his eyes, as experts say the ship appeared to “fly” because of an optical illusion called a “superior mirage.”

The phenomenon can occur in areas where a large surface makes lower layers of air colder than the layers above, according to the World Meteorological Organization (WMO). The temperature difference causes light from the object to bend down toward the observer, making it look like the distant object is higher than its true position. The illusion is most common in places like the Arctic.

“Superior mirages occur because of the weather condition known as a temperature inversion, where cold air lies close to the sea with warmer air above it,” meteorologist David Braine said.

“Since cold air is denser than warm air, it bends light towards the eyes of someone standing on the ground or on the coast, changing how a distant object appears.”

It’s basically the opposite of an inferior mirage, which can flip or project objects onto a hot surface. Such mirages are the reason why some roads look wet on a hot day.

Superior mirages are occasionally used to explain reports of ghost ships around the world. 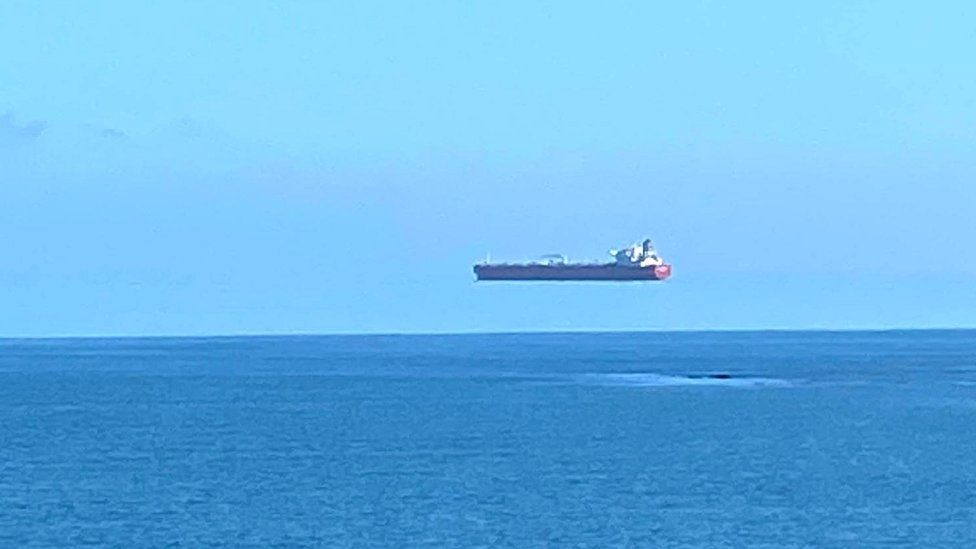 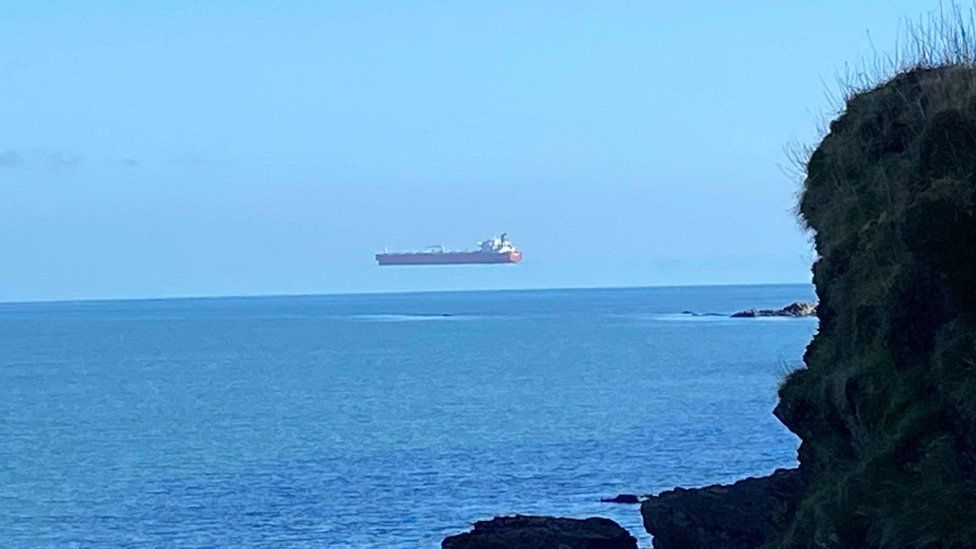