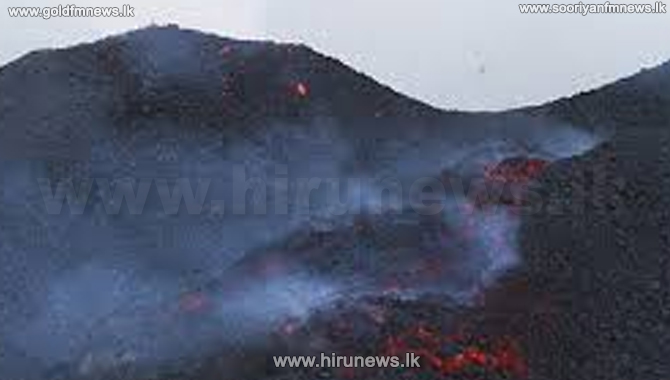 According to foreign reports, The La Soufrière volcano on the Caribbean island of St. Vincent erupted for a second time yesterday (09).

La Soufrière is the youngest volcano on St. Vincent, which is itself part of an archipelago of 32 islands and cays in the Caribbean. Its eruptions are known for their explosivity and lethality.

The volcano, which has been dormant for decades, erupted last December and has reached its peak this week.

"Another explosion observed. The vertical ash column estimated to have gone approximately 4 kilometers (2.5 miles) into the atmosphere. We continue to monitor and update," the UWI Seismic Research Centre, which is working with local authorities, stated on its official Facebook page.

It is said that the smoke from the volcano rises to a height of about six kilometers.

St Vincent and the Grenadines Prime Minister, Dr. Ralph Gonzales stated at a press conference yesterday during which he updated his citizens on the progress of the evacuation exercise following the explosive eruption, that about 16,000 people will be evacuated from the area around the volcano which is more than 4000 feet high.

Many enslaved people died after an eruption of La Soufrière in 1812, and many of their descendants perished when a 1902-03 eruption devastated a huge swath of the island.