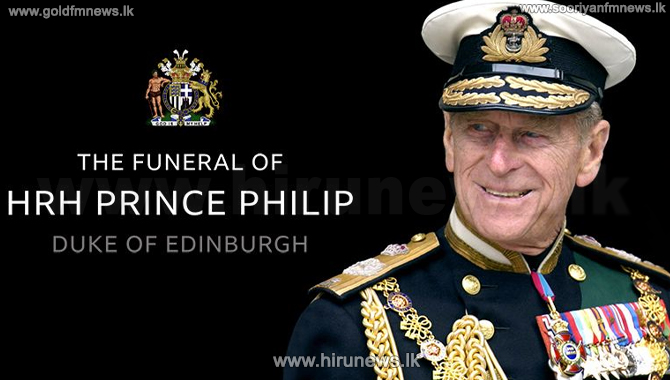 Buckingham Palace has announced the details of the Royal Funeral Ceremony of the late Duke of Edinburgh.

The ceremonial royal funeral will be held at St George's Chapel, in the grounds of Windsor Castle, at 15:00 BST on Saturday 17 April.

The duke is reported to have requested a funeral of minimal fuss and has not laid in state - where members of the public would have been able to view his coffin.

Princes Charles, Andrew, Edward, and Princess Anne, as well as grandsons Princes William and Harry, will follow a Land Rover hearse in a procession to St George's Chapel, Windsor.

The guest list for the service includes 30 people, with three German relatives.


Those attending will wear morning coats with medals, or day dress, but not military uniform.

The congregation will put on masks and socially distance in line with Covid lockdown rules, with the Queen seated alone.

Prince Harry will attend but his wife Meghan, who is pregnant, will not make the trip from the US, on medical advice. It is the first time the Duke of Sussex has returned to the UK since stepping down as a senior royal last year.

The pallbearers and clergy are not included in the number of attendees.

The other guests include the Duchess of Cornwall and the Duchess of Cambridge, all of the duke's grandchildren and their spouses, the children of the Queen's sister Princess Margaret, and Bernhard, the Hereditary Prince of Baden; Donatus, Prince and Landgrave of Hesse; and Prince Philipp of Hohenlohe-Langenburg.

The Countess Mountbatten of Burma, previously known as Lady Romsey and later Lady Brabourne, who was Philip's carriage driving partner and one of his closest friends will also be in attendance.

Buckingham Palace said the Queen faced "some very difficult" decisions in selecting the guests permitted under Covid rules, from original plans for an 800-strong congregation, adding she wanted all branches of her husband's family to be represented.

The guests, the music, the military representation are exactly what the duke requested for his own farewell. The one element he perhaps didn't account for was the family tension.

The Queen has decided that there will be no military uniforms worn by members of the Royal Family on Saturday.

This neatly avoids Prince Harry and Prince Andrew's problems. Both have stepped back from their military patronages and the issue of them wearing uniforms was a dilemma that has now gone away.

The order of the funeral procession has revealed that the duke's grandsons, Prince William and Prince Harry, will not walk alongside one another. Instead, their cousin Peter Philips will walk between them.